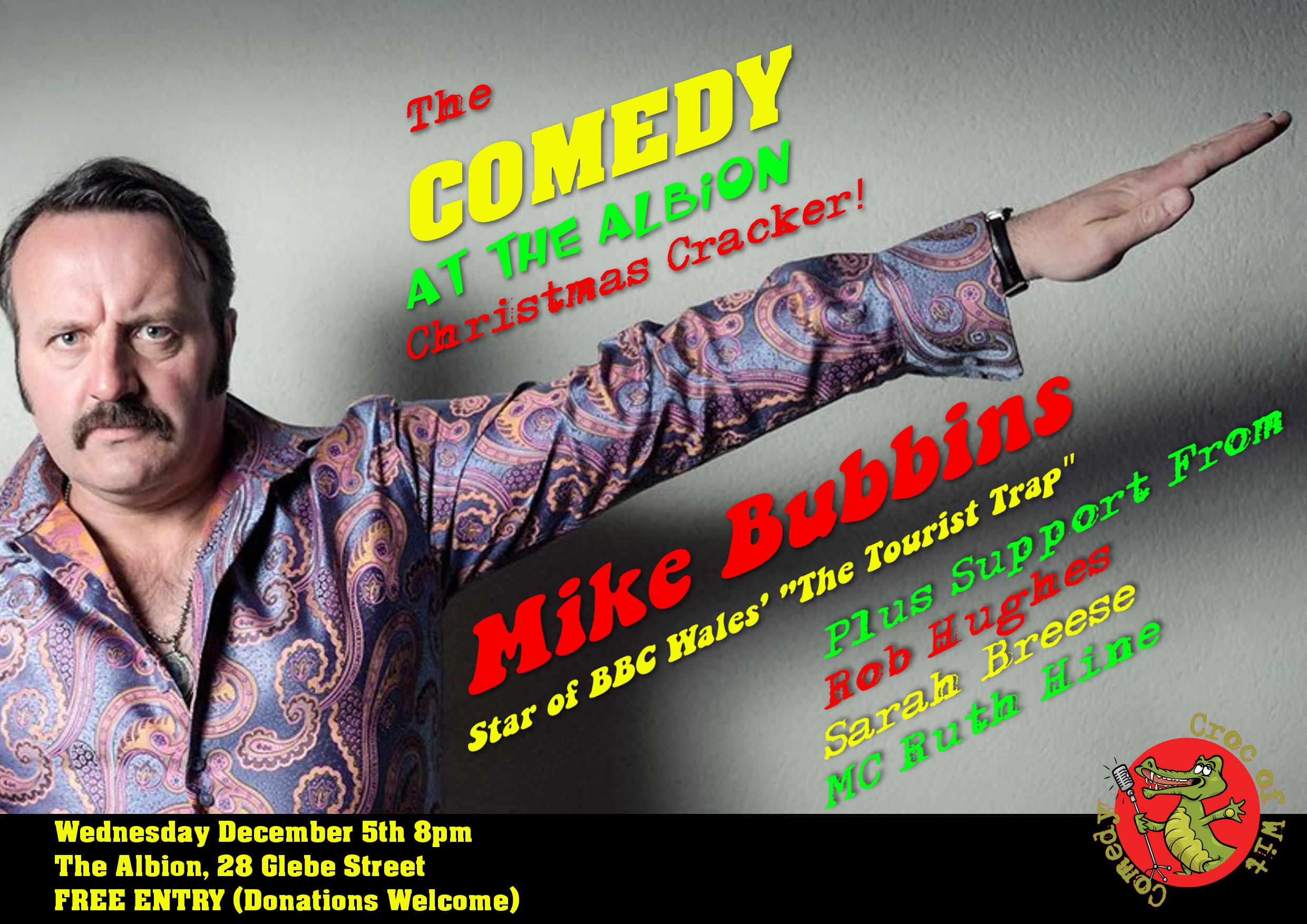 We’re back after a short break with a cracker if a show for you. We proudly present an all star local show for local people.

MIKE BUBBINS is a man. ALL man. A man’s man who is, at the same time, very much a woman’s man. Bubbins spent the 1970’s “constantly hopping from one bed to another. Monday to Friday Mum and Dad’s house – weekends, one or other of my grandmother’s houses. No regrets. I just went with it”.

Barry based Mike is a legend on the UK comedy circuit. He has supported Rich Hall on tour, and performs at festivals up and down the country.

Mike has written and starred in three series for BBC Wales: his paranormal comedy “The Unexplainers” reached number four in the UK Comedy Podcast Chart..

Currently starring in BBC Wales’ “The Tourist Trap”, be prepared to laugh your Christmas socks off and sniff his Brut.

Also able to walk to the gig is Penarth’s SARAH BREESE.

Sarah is a mischievous ball of comedy nonsense. Since joining the comedy circuit in 2015 Breese has been making waves on the Welsh stand up scene and beyond. Funny, excitable and engaging, her comedy is a combination of sharp observations, skewed logic, and boundless enthusiasm.

Winner of Wimborne New Act Competition 2018, and finalist of the Welsh Unsigned Stand Up Awards 2015, Sarah is a circuit regular and has appeared at the Edinburgh Fringe and Machynlleth Comedy Festivals.

All this held together by your MC for the evening RUTH HINE. Ruth hails from Liverpool, and has years of experience on the London and national circuits. An adopted Penarthian, Ruth’s material has been described as “Hilarious … Next Year’s Perrier Winner’s Material” by the Edinburgh Guide.

And just how much does this carnival of comedy cost? Well, if you’ve enjoyed it, and can afford it, we pass the hat at the end of the show. Start your Christmas with a giggle at The Albion.