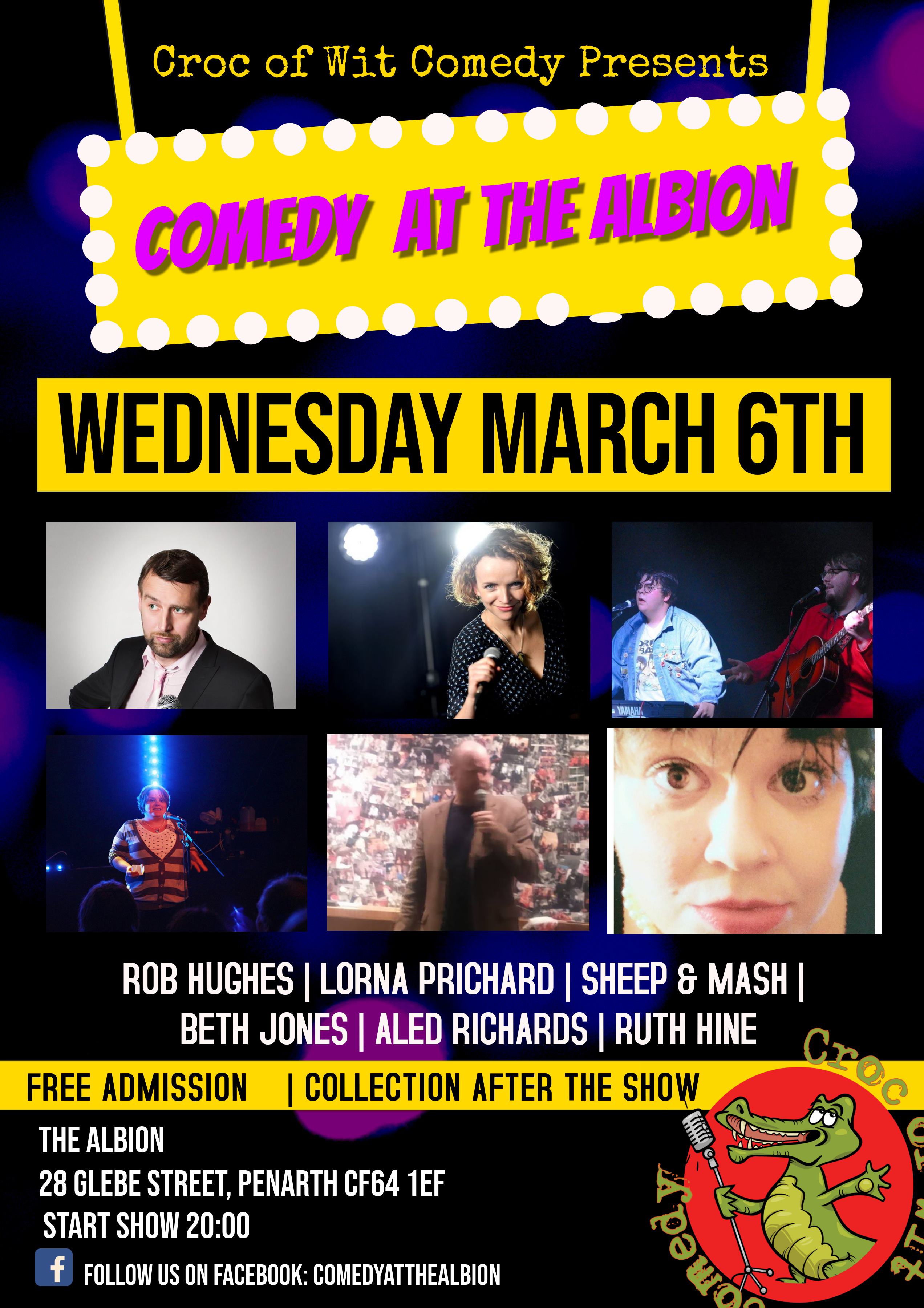 The ever more popular Comedy Night returns to The Albion on Wednesday March 6th with a stellar line-up guaranteed to lubricate your laughing gear.

Top of the shop is Penarth’s own ROB HUGHES.

Rob has been a regular at the big clubs around the country including Jongleurs and the Glee. His act is jam packed with sharp jokes and wry observations that are guaranteed to get you laughing!!

“Had the audience eating out his hand within seconds.” Martin Brown (Moonrakers Comedy)

Lorna is admired for her “charismatic stage presence”, and “always clever, engaging and effervescent – her humour was precise and well plotted” (From the Margins)

Middle for Diddle we have musical comedy from a duo making waves on the scene SHEEP & MASH.

‘Sheep and Mash have that rare musical cabaret ability- they can compose and play whilst being very funny with it. Loveable and hilarious!’ – Alex Lowe (Barry from Watford).

BY popular demand we welcome back BETH JONES.She describes herself as “Awkwardly short – too short for Petite but not quite short enough for 3/4 trousers to be fully advantageous.”. We describe her as highly likeable and very funny. She was a real hit with the Albion audience last time around.

Aled Richards has been on Radio Wales and his act celebrates the strange things which happen in his life. “If anyone can make a heart attack sound funny he can”! (Phil Evans)

Keeping this bundle of funsters in order is Liverpool Loudmouth Ruth Hine.

The venue fills up for comedy nights to get there early. We’d suggest about mid February!

See you in March!